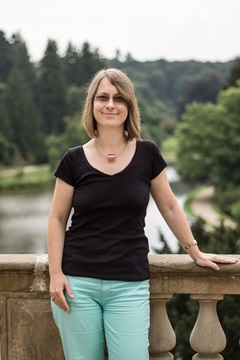 Reproduction plays a crucial role in all living organisms guaranteeing the continuity of generation on the Earth. An extremely reduced bi-cellular or tri-cellular male gametophyte of flowering plants, serves as a model for numerous studies covering wide range of developmental and physiological processes. Given the lack of transcriptome and hormonome data from male gametophyte in non-model plants, the study will profit in identification of genes contributing to developmental processes in mature pollen across plant Tree of Life with emphasis to bi-cellular, tri-cellular lineages and types of reproduction. Second part of this project is aimed to unravel the levels of phytohormones in mature pollen grain in different phylogenetic groups of non-model species across the plant kingdom and in different stages of male gametophyte ontogeny in selected model plants. Two-dimensional data, for pollen mature grain (MPG) in phylogenetic context across the plant kingdom and for different ontogenetic stages (UCM, BCP, TCP), will be analysed.

Main goal in the project

The principal objective of the proposed project is the first complex comparative study integrating state of the art analyses of transcriptome and hormonome in male gametophyte in the evolutionary context.

Construction of phylogenetic trees is a powerful tool for understanding plant biology. Many different molecular markers have been so far used in phylogenetic studies to elucidate relationships within the plants. This project is aimed at the family of CKs, phytohormones affecting numerous developmental processes in plants. It addresses elucidation of phylogeny of N- and O-glucosyltransferase pathway involved in irreversible/reversible CK inactivation. The products of this pathway, CK N- and O-glucosides, are biosynthesized in plants by glucosyltransferases encoded by UGT76C1, UGT76C2 and cisZOG1 genes. In this way much broader spectrum of CKs can be inactivated than by metabolic degradation. Evidently, phylogeny of the UGT and cisZOG pathways has been more relevant for evolution of mechanisms controlling hormonal homeostasis in plants than previously thought.

Phylogenetic and molecular analyses of UGT76C1, UGT76C2 and copies of cisZOG1 genes will be performed in the project with the aim (1) to determine their distribution across the plant kingdom, (2) to unravel their evolution within the glucosyltransferase family using UGT76C1, UGT76C2 and cisZOG1 as markers in addition to the known phylogenetic signals (18S rDNA, 26S rDNA, matK, atpB, rbcL etc.) and (3) to assess their significance in generation of mechanisms of hormonal homeostasis. In continuity to these approaches (4) structural and functional manifestation of UGT pathway will be characterized and (5) its biological significance within evolution of higher plants will be evaluated. In order to obtain such comprehensive information, a broad spectrum of different biological approaches will be used.  We are aware that a chosen concept requires measurements at many different scales, however, the existence of a large collection of plant representatives across the plant kingdom for screening and numerous preliminary results obtained within the previous project (Czech Science Foundation, P506/11/0774) as well as structure of the research team involving specialists in many different areas guarantee to bring all lines of investigations to a successful completion within the proposed period. 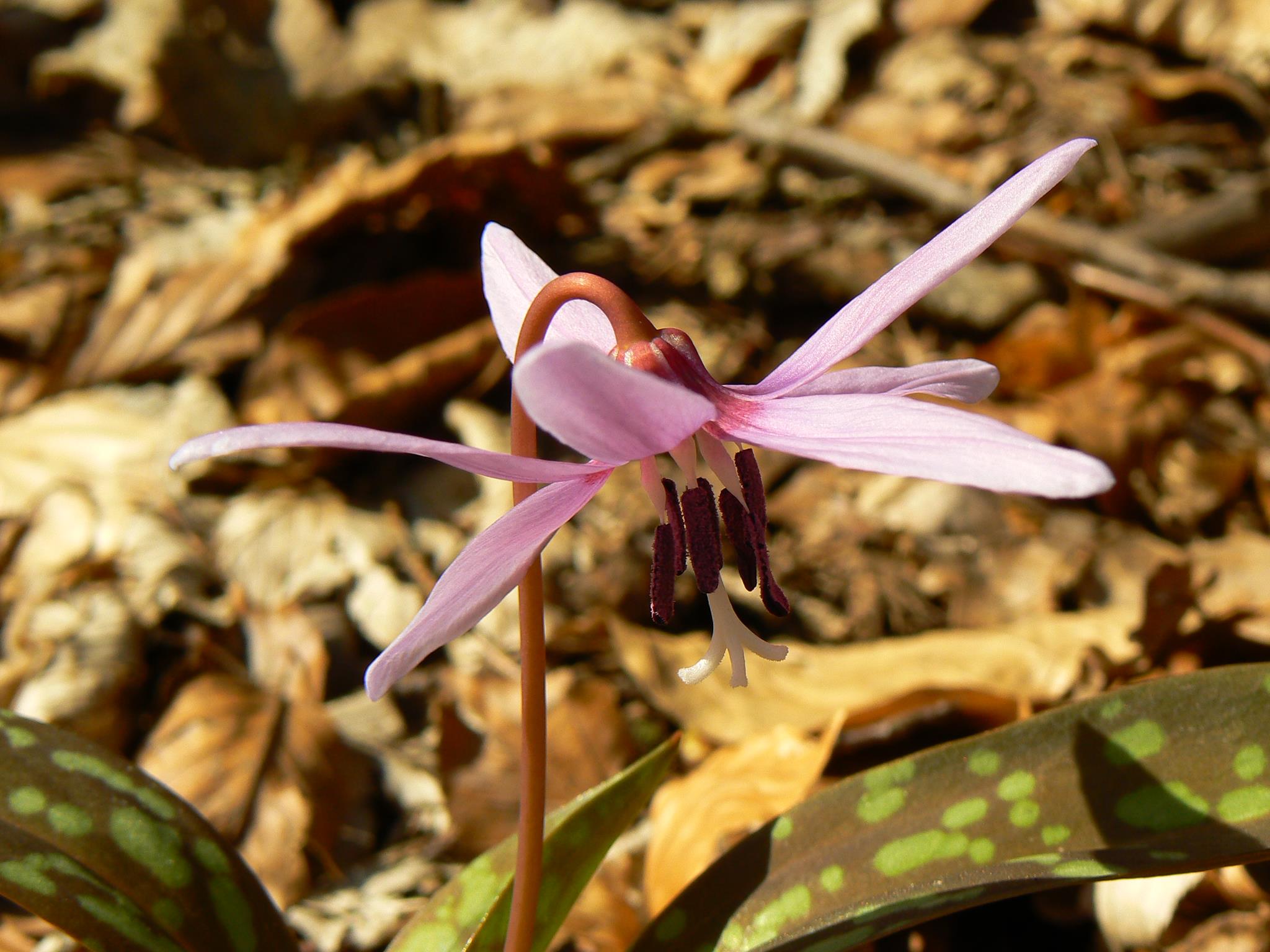 Construction of phylogenetic trees is a powerful tool for understanding plant biology. Many different molecular markers have been used in phylogenetic studies to elucidate relationships within the plants. This project is aimed to the family of cytokinins (CKs), phytohormones that play an important role in plant growth and development, with emphasis to study their deactivation.

A recently achieved progress in genomic and proteomic tools leads to the necessity to integrate these methods to obtain the complex view on the Tree of Life. Many different molecular markers have been so far used in the phylogenetic studies to elucidate relationships within plants. Most of them were preferentially chosen from practical point of view, because of easy handling, amplification, abundance (multi-copy regions), mutation rate, etc. In our study concentrate to the family of cytokinins (CKs), the phytohormones that play an important role in plant growth and development, but little is known about their coding genes. Very recently, evolution of CK signaling has been unravelled by analyzing the genomes of some sequenced key plant species ranging from unicellular algae, moss, lycophytes and higher land plants (including Arabidopsis and rice) for proteins involved in CK signal transduction. However, data concerning origin and evolutionary pattern of CK metabolism are still missing.

While the spectrum of CK compounds differs among plant species, their regulatory pathways are probably fairly similar. However, because all CK forms have not been examined in the vast majority of plant species, tissues or developmental stages, it is difficult to state that CK regulation is the same throughout the whole plant kingdom. Two pathways have been recognized which down-regulate CK levels in plants, (a) the irreversible degradation by CK oxidase/dehydrogenase (CKX) and (b) CK glucosylation. Here are numerous but rather scattered literature data demonstrating ubiquitous presence of O- and N-glucosides as well as cisZ-type CKs in plant kingdom. Interestingly, among all CKs occurring in lower plants such as seaweeds and microalgae as well as in evolutionarily older higher plants, e.g. in the moss Physcomitrella patens, O-glucosides were detected as relatively common CK forms while N-glucosides were missing. Hence it could be hypothesized that O-glucosylation has originated as a regulatory step from preexisting elements of the primary metabolism already in evolutionarily older plants while N-glucosylation has been acquired independently in different plant families during further evolution.

In this project we intend to include to the known phylogenetic signals (e.g. rbcL, atpB, matK, 18S rDNA, 26S rDNA) cisZ-O-glucosyltransferase (cisZOG1, UDP-glucosyltransferase family) gene that utilizes UDP-glucose as the sugar donor and is involved in CK metabolism by catalyzing the formation of O-β-D-glucosyl-cisZ from cisZ. We would like to increase support for phylogenetic relationships in selected group of plants and to produce novel and credible new phylogenetic hypotheses.

Another objective of the project consists in detailed screening and defining distribution of CK deactivation products (N- and O-glucosides and cisZ derivatives) throughout evolution of plant kingdom. 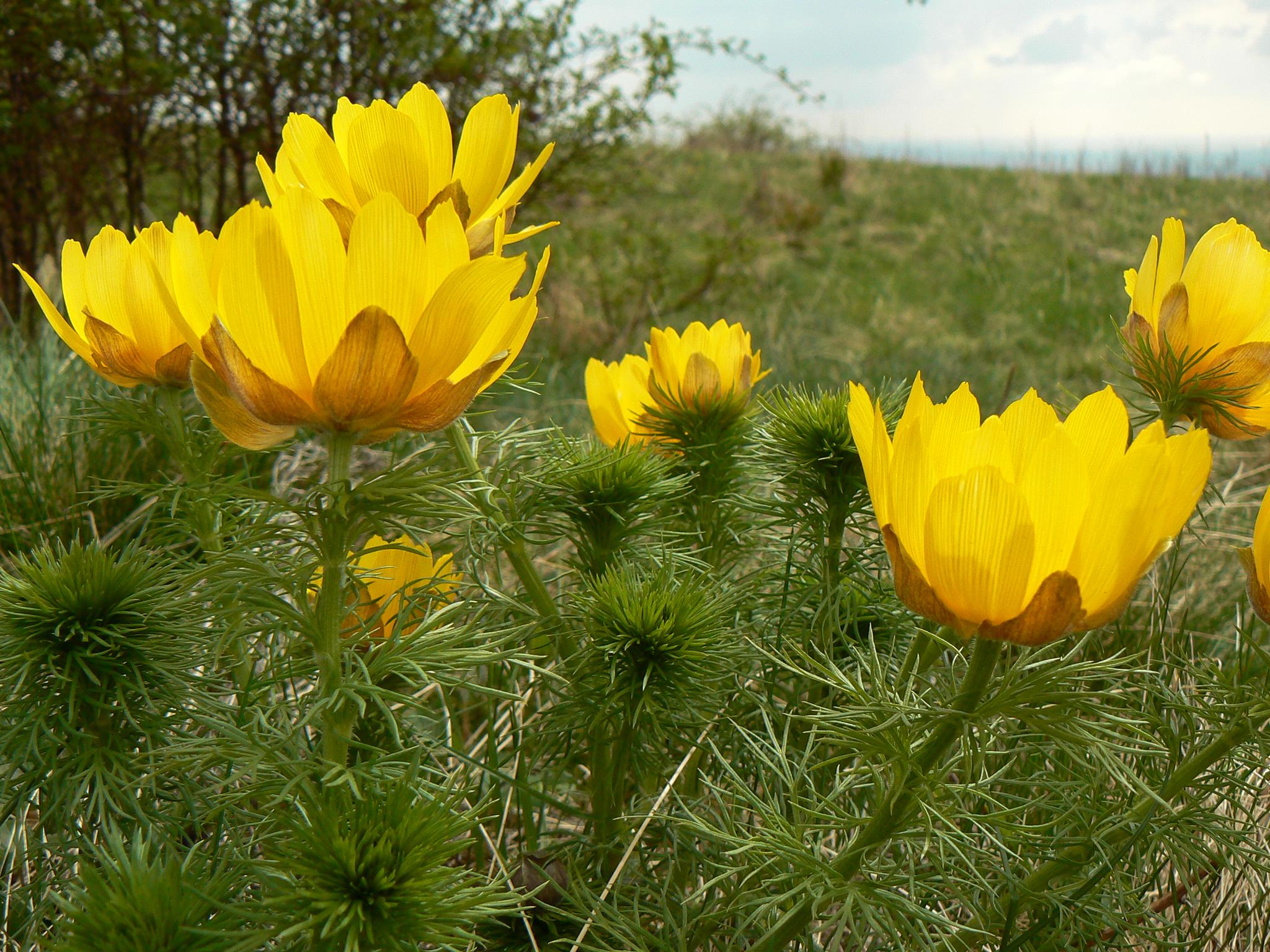 The Juncaceae is a cosmopolitan family of herbaceous monocots, comprising eight genera and some ca 450 species. These plants are widespread in temperate and arctic regions in both hemispheres, quite common in the subtropics, and rare in the tropics. Most of the species belong to Juncus and Luzula, two almost truly cosmopolitan genera; of the five remaining genera, three are restricted to South America (Distichia, Oxychloë, and Patosia) and two are found in South America and New Zealand (Marsippospermum and Rostkovia, the latter also occurring the South Pacific Islands).

The main aim of this work is to produce a robust phylogeny of the Juncaceae validated by data from both organelles and nuclear DNA.

(1) the monophyly of the Juncaceae family;

(2) the monophyly of the genus Luzula;

(3) the paraphyly of the traditionally recognized genus Juncus;

For more details see articles and

Do not hesitate to ask for any pdf of our articles. 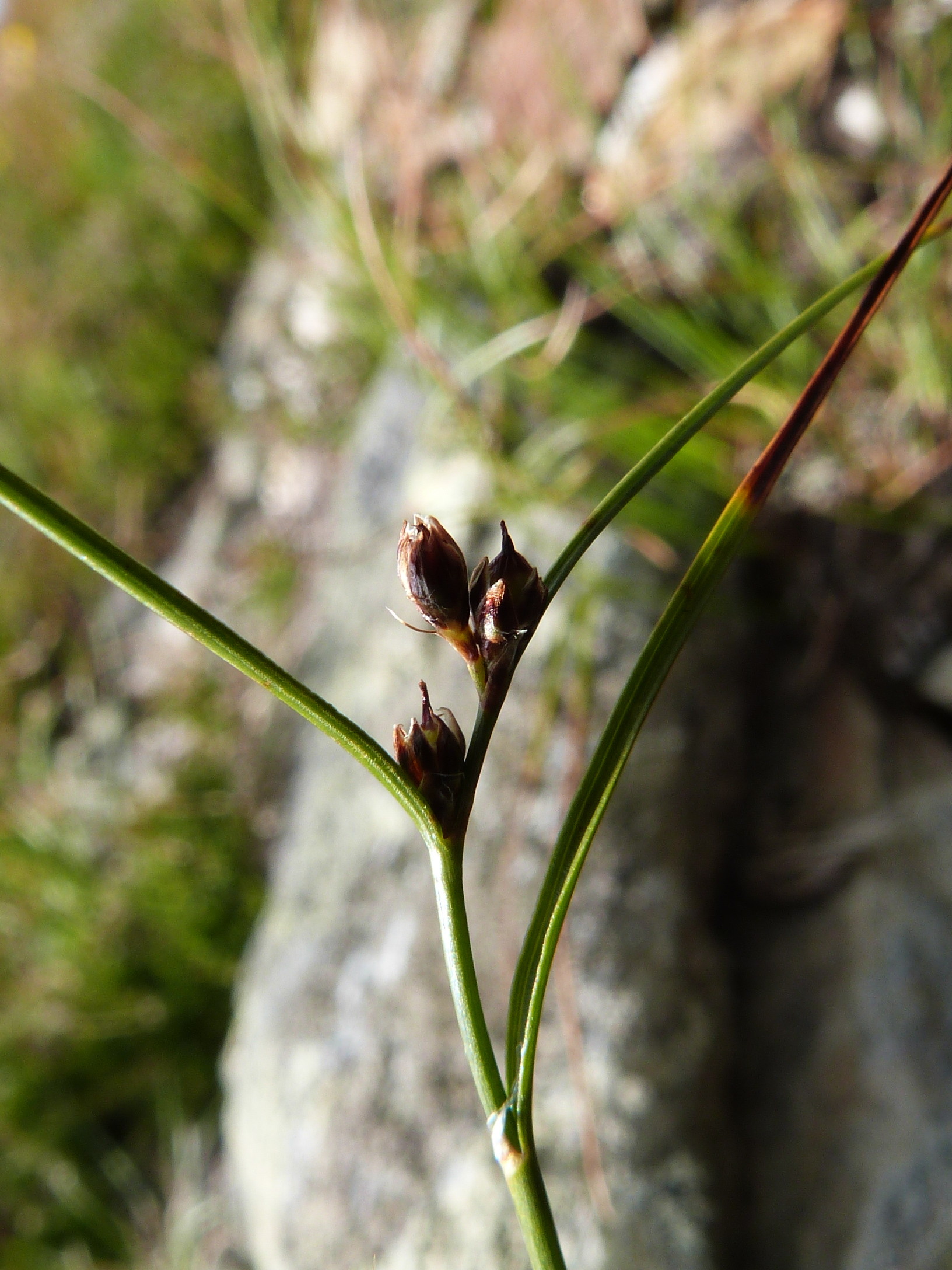 DNA barcoding is an important tool for identification of known specimens and also classification of newly founded organisms. The chloroplast, mitochondrial and nuclear regions are frequently used for revealing phylogenetic relationships among the plant species. For DNA barcoding that promises species identification using small standardized parts of the genome, same regions are frequently employed. A useful DNA barcode requires sufficient variation to distinguish among species in a broad range of taxa. Plant working group of the Consortium for the Barcode of Life (CBOL) proposed seven leading candidate sequences for barcoding markers (four of them are chloroplast coding genes: rbcL, matK, rpoC1 and rpoB and three are non-coding spacers: atpF-atpH, trnH-psbA and psbK-psbI).

We are testing using CBOL proposed regions as potencial barcodes for the Juncaceae family. 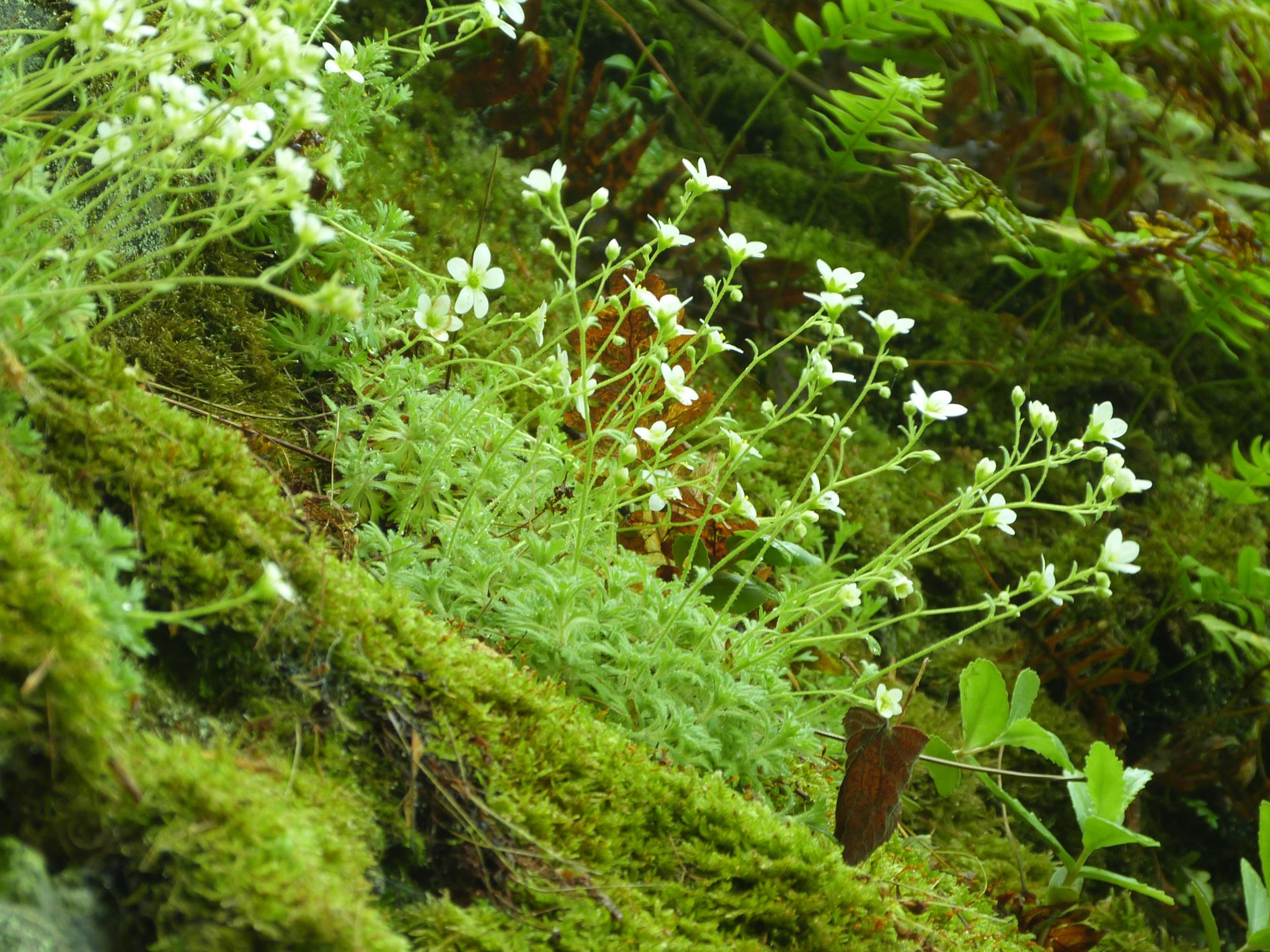 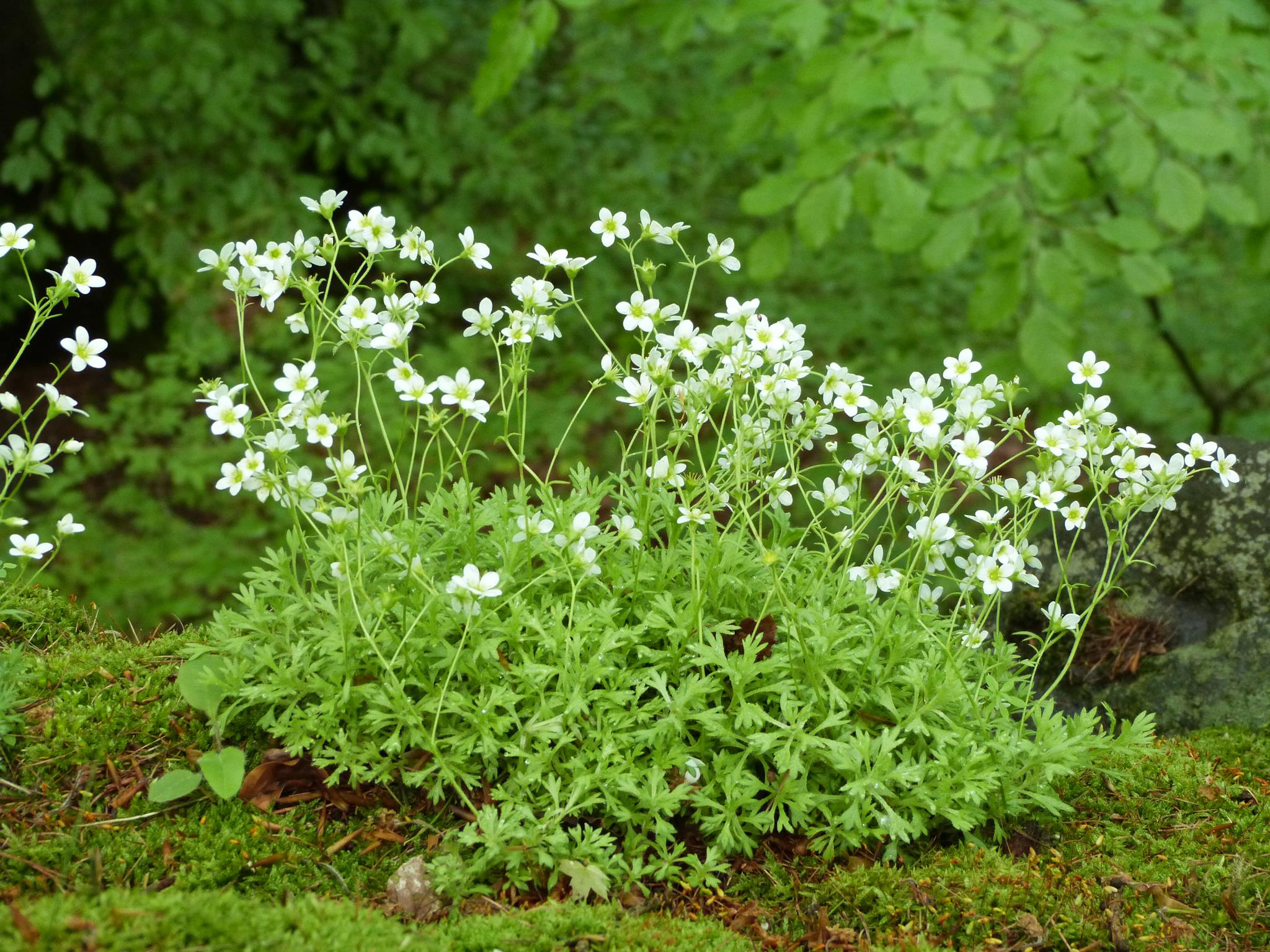